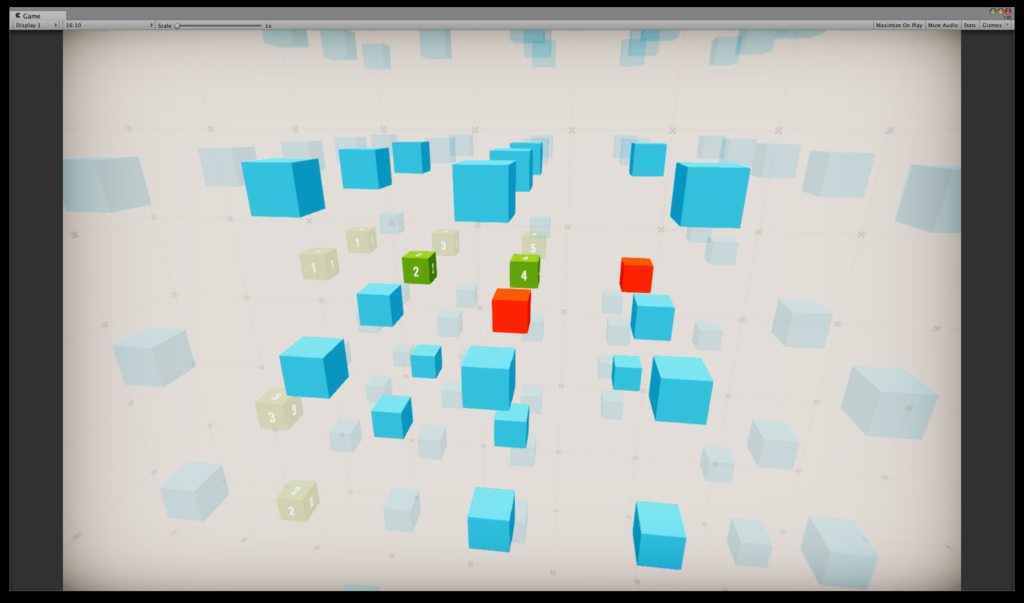 Concept Minesweeper: you know it, you love it, and now it’s in THREE dimensions.

This project was conceived some time ago, and I’ve only recently been able to make it a reality. The concept of a 3D minesweeper in itself has been explored before, however. A quick internet search brings up a few online variants, and even Wikipedia has an example of 3D gameplay.

Since I was not working towards ‘breaking new ground’ with the game conventions, I approached the game as a learning project. To that end, I was able to get my hands dirty with dynamic object/prefab instantiation within Unity, recursive grid clearing, and general performance profiling methods.

After some thorough playtesting by myself and others, there are some clear issues with the current design. Most issues are primarily due to the fact there are so many connections between each node, and no way for the user to see those connections. It also needs a bit of love in terms of aesthetics; the explosions are pretty weak, the win/lose screens are bare bones, etc.

I explored one design idea of placing nodes based on the node shape, which you can read about in this post.

Ultimately, I think this is a project worth finishing. I don’t necessarily think it’ll be a commercial success or something, but I think it’ll be fun. Plus, I know at least one of my brothers would play it, so that’s worth the for me.

This would be a great experience in VR. One pain point observed during playtests were the current implementation of controls. Most actions require a modifier key (like shift or ctrl) while clicking/dragging the mouse. With VR, the user (usually) has two hands to work with, which at least makes manipulating the playing field a bit more intuitive. I suspect that scaling everything to be “life-size” would be an interesting gameplay element, as well. 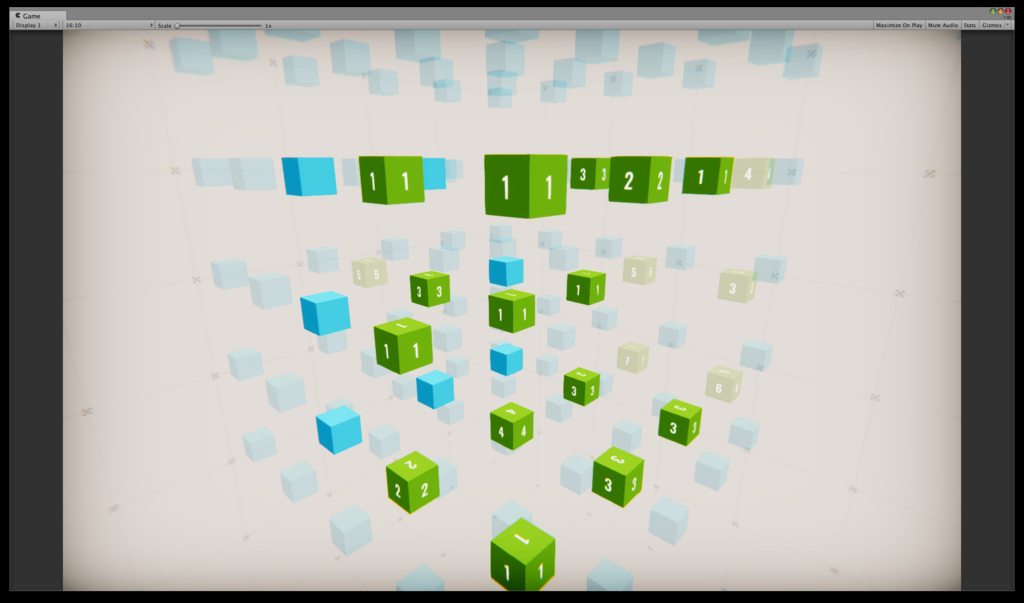