Mondo Robot is a small digital service agency based in Boulder, CO, offering everything from brand redesigns to developed websites and applications for clients such as Coachella, Retül, and the Michael J. Fox Foundation. As both a full-time and contractual creative developer for MR, I’ve worked on the front-end for many projects, which you’ll find below.

For the redesign of their company website, I was tasked with working together with in-house designers to research and code dynamic page and menu transitions. Using SVG filters such as feTurbulence and feDisplacementMap in tandem with CSS Masks, I was able to take a vision exported from AfterEffects and convert it into functional Vue code.

Liquid Death Mountain Water is an extreme canned water brand. I was brought on to create the e-commerce site and “Sell Your Soul” promo functionality. You can read more about the project here. 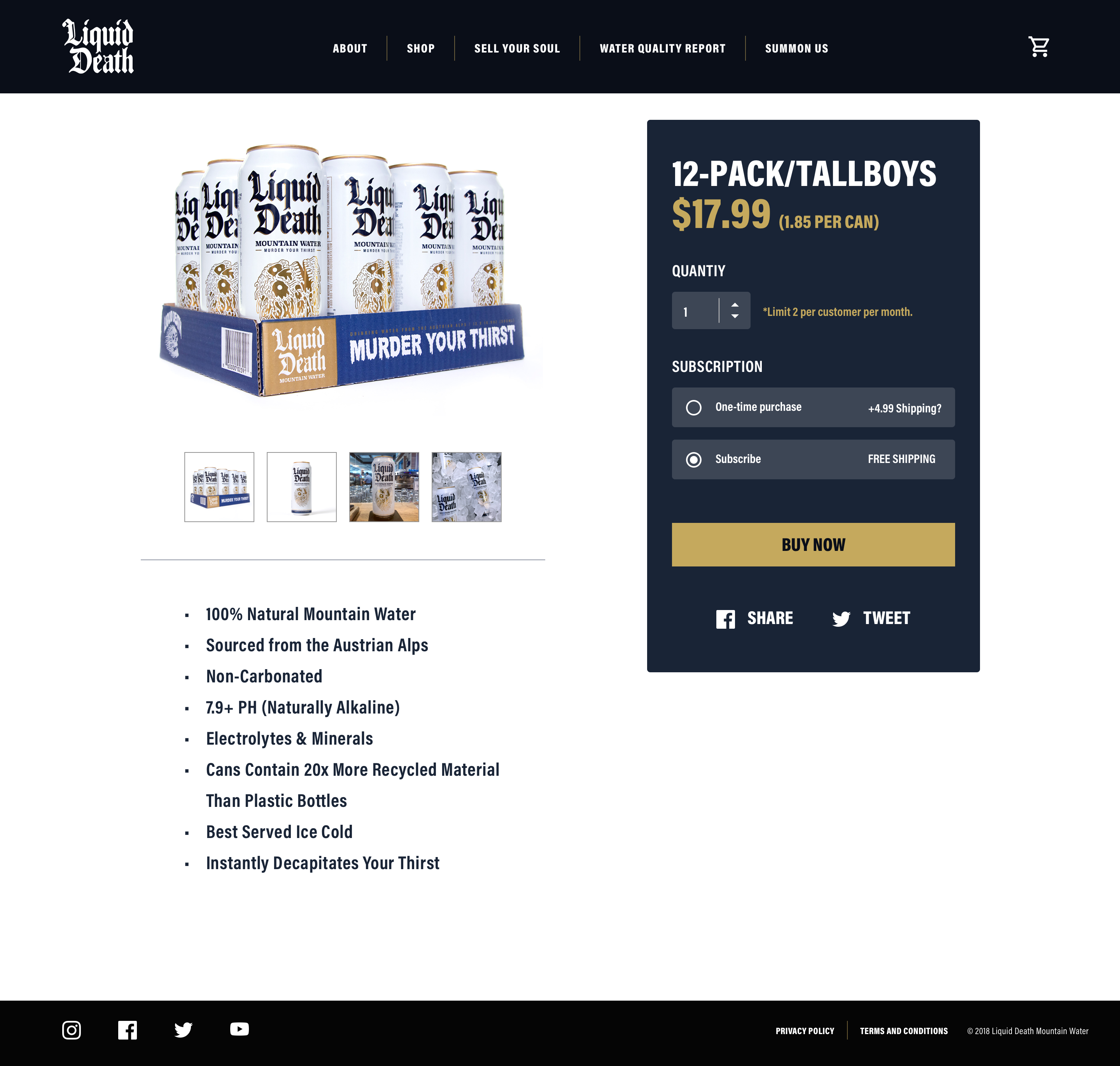 For their previous site, I was tasked with creating an interesting 'page fold' transition animation between pages. Using CSS3 transforms (and a bit of math), I was able to create the effect shown above. After building a prototype, I was able to integrate the effect into the site's existing CoffeeScript/Angular codebase.

Mondo Robot was given the opportunity to revamp the iconic ski resort’s outdated website, in which I was given responsibility over the entire front-end codebase. Using Sitecore as a back end, and jQuery in the front end (it was 2015), we developed an entirely new site consisting of CMS-driven pages and API-driven data visualizations for trail status and weather conditions.

Visit an archived copy of the site here. 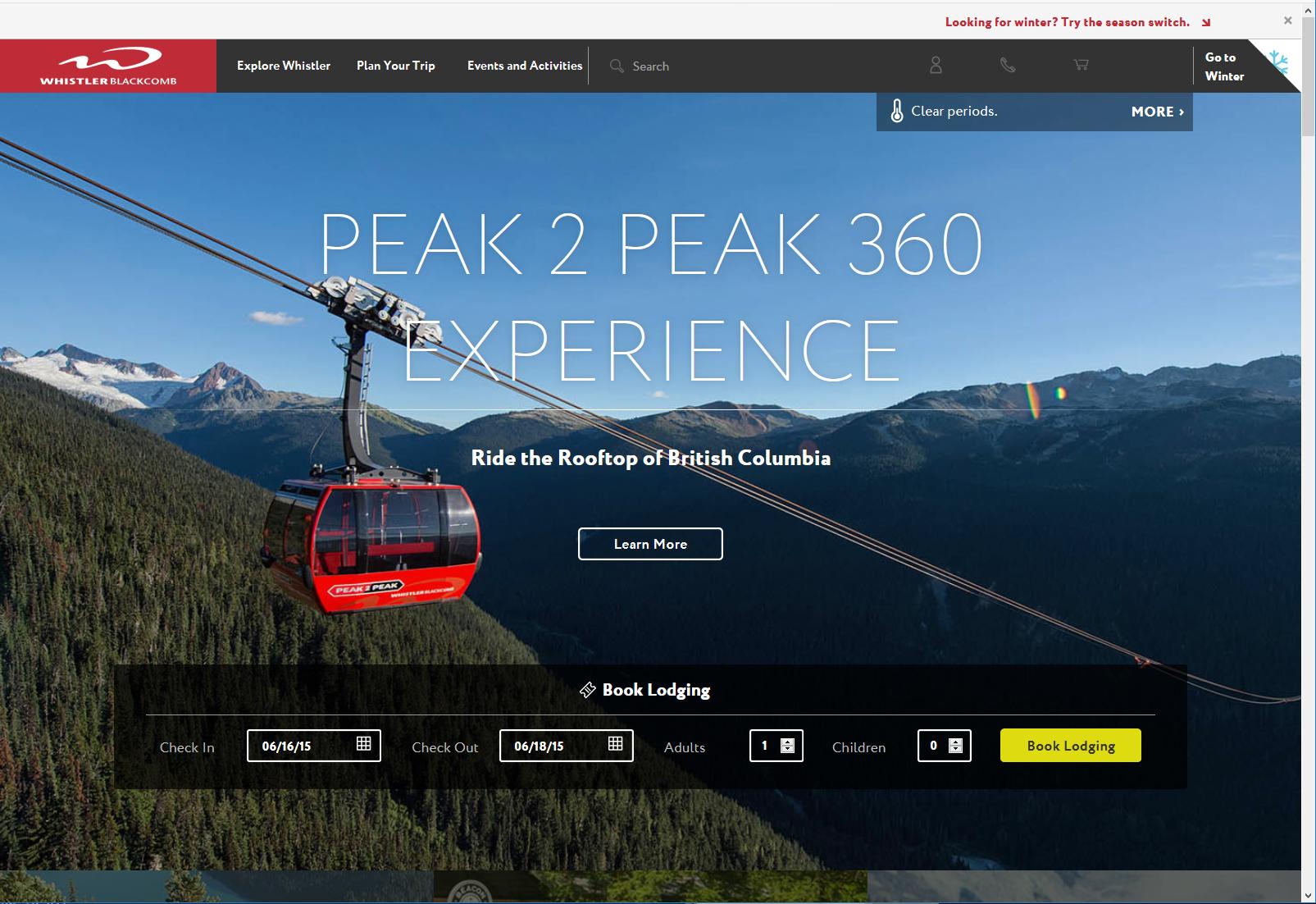 My first project with Mondo Robot! The M.A.X. Ski Pass offered customers a season ski pass with access to 20+ mountains across North America. Though essentially a single-page site, I was able to integrate some interesting animations and interactions, which was pretty exciting for a junior dev such as myself at the time.

Visit an archived copy of the site here. 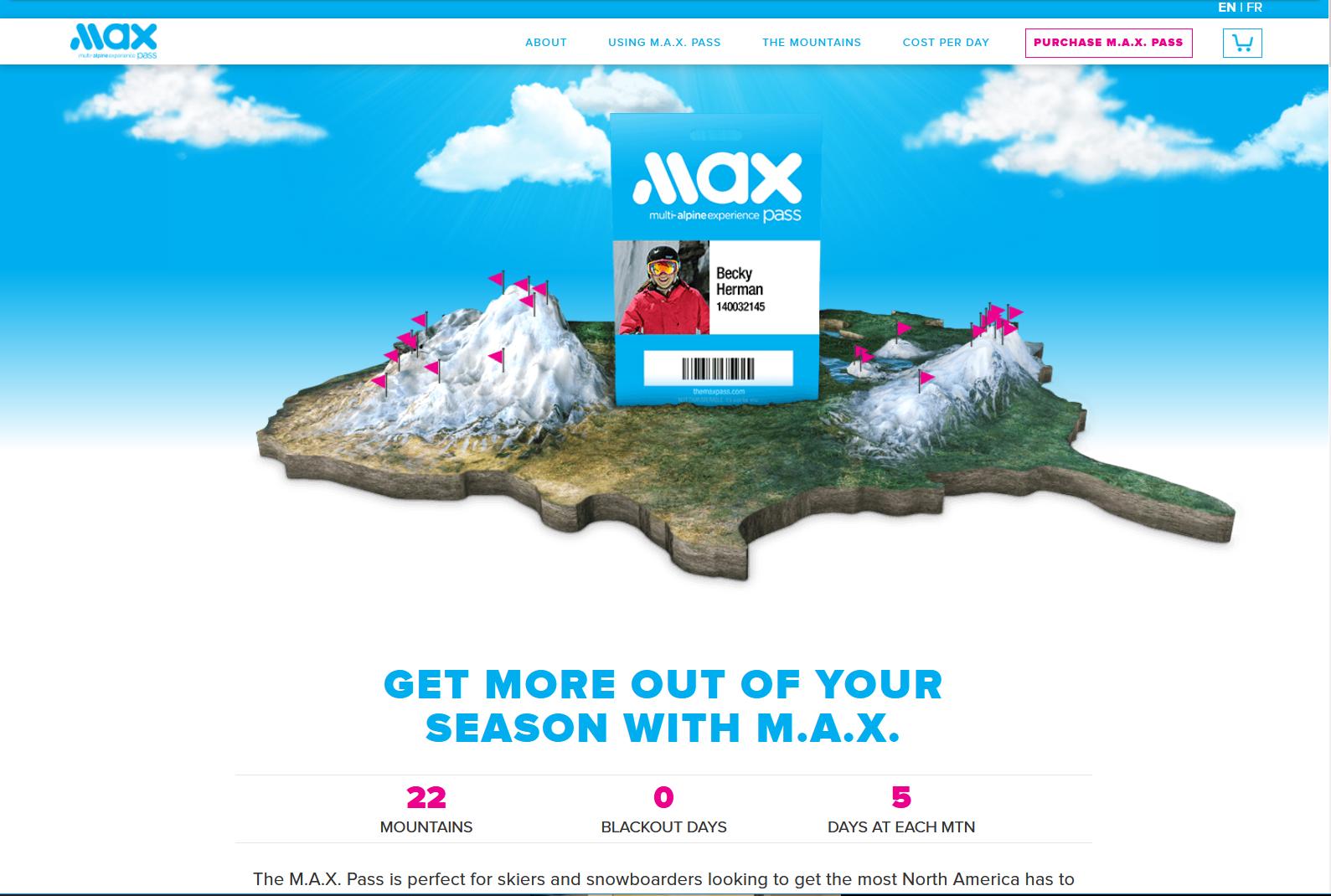