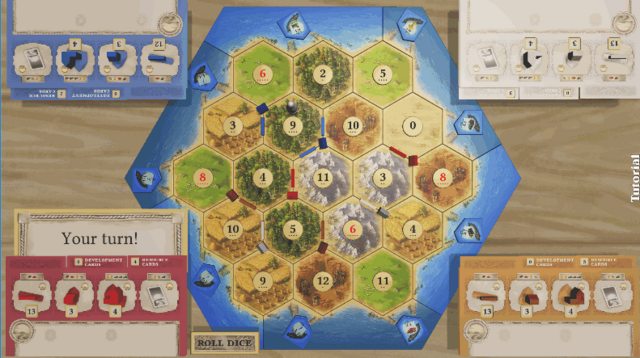 Highlighting some work on UI interactions and juice for a digital version of the popular board game.
Posted in the Serenity Forge project.

Settlers of Catan is a popular board game, wherein 2-4 players assume the roles of settlers, each attempting to build and develop settlements/cities while trading and acquiring resources (to build more settlements/cities). 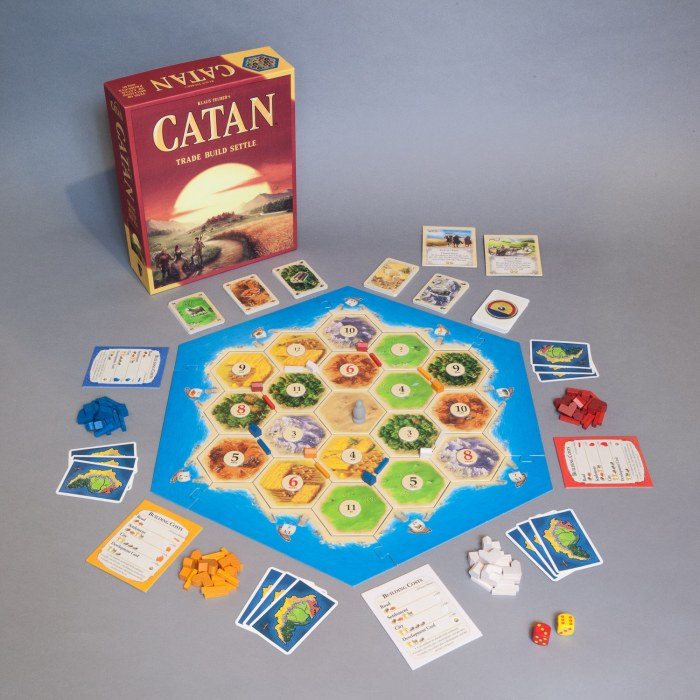 At Serenity Forge, we worked on an Android-based tablet edition of the game. Up to 4 players could share a device (or use their cell phones as controllers), play on a virtual board, and use on-device interactions to trade and play cards.

Joining the project near the end of its life, my particular role for the project was to essentially implement a designed user interface (replacing old programmer art), wire that UI up to the game internals, and then polish/QA/bugfix the rest. Below, you can see some examples of the user interactions I worked on.